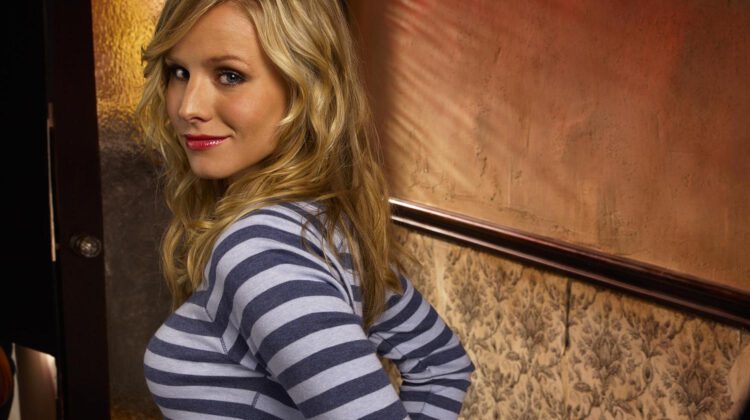 Teen detective drama Veronica Mars faced a lot of upheavals this year, not only with the show moving from UPN to the shiny new hybrid network The CW, but also in its story, as hardboiled high schooler Veronica made the transition to college. Like the kids from West Beverly High and Sunnydale before her, smart-aleck Veronica and her extensive vocabulary have moved to a set with more natural lighting, and more Greeks than Eric Bana and Orlando Bloom can shake a giant wooden horse at.

The problem? Veronica’s cynicism, her inherent prickliness, made the transition to this bright new world, too, and some fans don’t seem to understand why. The message boards are abuzz with criticism of her hard shell and how unlikable she is.

You know what, kids? You’re asking the wrong questions.

How about why is Veronica Mars still walking? How is she still breathing? How in the world does she manage to get through every day without breaking? Why isn’t she lying in a warm pool of bathwater with her wrists slit?

For every adoring fangirl that is willing to list the myriad factors that have created the adorable, wonderful Logan Echolls — dead girlfriend, dead mother, abusive, murderous father — there is a startlingly hollow nothing, a count of zero, when it comes to fan defense of season three’s version of Veronica Mars. If you went by popular fandom response, this is a bitch that sprung fully bitched from her father’s head, like Athena from Zeus.

For those who took the AP test and skipped the actual classes, here’s a review: Veronica’s mother was an alcoholic. Her first love, Duncan Kane, dumped her without explanation. Her best friend Lilly Kane was brutally murdered and she saw the body. Her father lost his job as town Sheriff and was publicly humiliated. Unable to accept the status change, her mother abandoned them and her friends turned their backs on her. She was drugged at a party and woke up raped. After a year of believing it was rape, she began investigating and discovered that her so-called friends actually used and abused her, setting up a tequila salt lick on her body that night. Then, she learned Duncan was the sexual encounter but he’d thought they were half-siblings and had also been drugged himself. She subsequently rationalized forgiving him. After this came the shock that her new boyfriend’s father was Lilly’s murderer. He locked her in a freezer and tried to burn her to death. That summer, she and her new boyfriend, Logan, broke up due to his violent streak. She reunited with Duncan but then, a bus full of her classmates died in a crash that she assumed was meant for her. Duncan’s ex-girlfriend, who had been on the bus, turned out to be pregnant. After that girlfriend gave birth and died, Veronica helped Duncan flee the country with his infant daughter. Then, she got chlamydia and learned she really was raped by a murderous sociopath she had considered at the least a friend. A sociopath who then attacked Veronica with her own taser and blew up the airplane that she thought her father was on.

I don’t know, but after all of that, I think any woman — fictional or otherwise — deserves a round of applause every time she manages to get out of bed in the morning.

Veronica Mars, to me, represents every single woman who has survived violence and kept living. She represents that tenacity, that daily struggle to put one foot in front of the other and keep going any way you can. And because she’s fictional, Veronica has benefits that real woman don’t. She can heal a little faster, she can love a little easier…because, believe me, if you think she and Logan are dysfunctional and she’s not open enough, I can show you countless rape survivors who aren’t even remotely there yet. Veronica, to me, is a spectacular role model. One who can channel all her pain into unlocking puzzles, solving mysteries and helping other people because she, herself, is a work in progress and unlocking her own trauma is going to take a lot longer. She may not be nice, she may not be sweet, but she’s alive. She’s surviving.

I love this character. I love this woman. She broken but not beyond repair.

She is superhuman, a superhero, in the most basic of ways. She didn’t let violence beat her.

I think not trusting and loving her boyfriend enough is the stupidest possible reason to label her a “bitch.” Even if her boyfriend was a saint of the highest order, which the troubled Logan is most certainly not.

Thank you, Rob Thomas, for giving me a bitch like Veronica.

She is nothing more and nothing less than a celluloid goddess of war and wisdom.